The Niemeyer Drug Store was opened in 1891 by Henry Niemeyer, who lived in an apartment upstairs. It served as a general store, drug store, a place to purchase crushed ice (from Yellow Creek in the winter) and a popular soda fountain. Textbooks for the Stockton schools were sold and used books taken in on trade. It later became a grocery store, Illinois Drivers License Station and a bar.

The current Stockton Heritage Museum is partially housed in the old storefront. There is a detailed miniature diorama of the 1930s era store that visitors can explore. Created over 3 months by Niemeyer’s granddaughter Crescence Heindel in 1976, it is was made entirely from found, scavanged and donated items for $100. Have the kids find all the “I Spy” items. 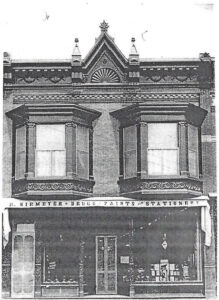 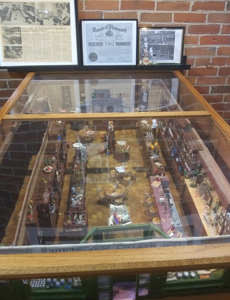 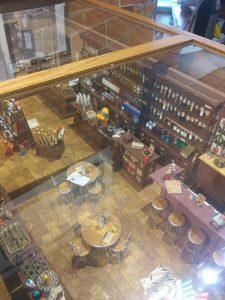